In the Spring of 2010, during a School Council meeting, a question arose regarding funding for a project at Rincon High School. During the discussion, then Principal Abel Ramirez asked if a foundation was available to help in this instance. Principal Ramirez was informed that no foundation had been established at Rincon, but perhaps there would be interest in forming one. It was at this point that Dennis McEvoy, a member of the School Council and Alumni of Rincon, said that he would be willing to begin the process of forming a foundation that would benefit Rincon High School and its students. From that point until the present, Mr. McEvoy has been the driving force in contacting and networking with Rincon alums and being the face and heart of the current Ranger Foundation. Without the enthusiasm and commitment of the Steering Committee and Board of Directors to their Alma Mater, this Ranger Foundation would not be in existence today. With the federally mandated turn around model now in place, the new principal at Rincon is Catherine Comstock. We all share the same goals in trying to get Rincon back academically as a very good performing high school. We are here to support Catherine Comstock and the newly hired faculty at Rincon High School. 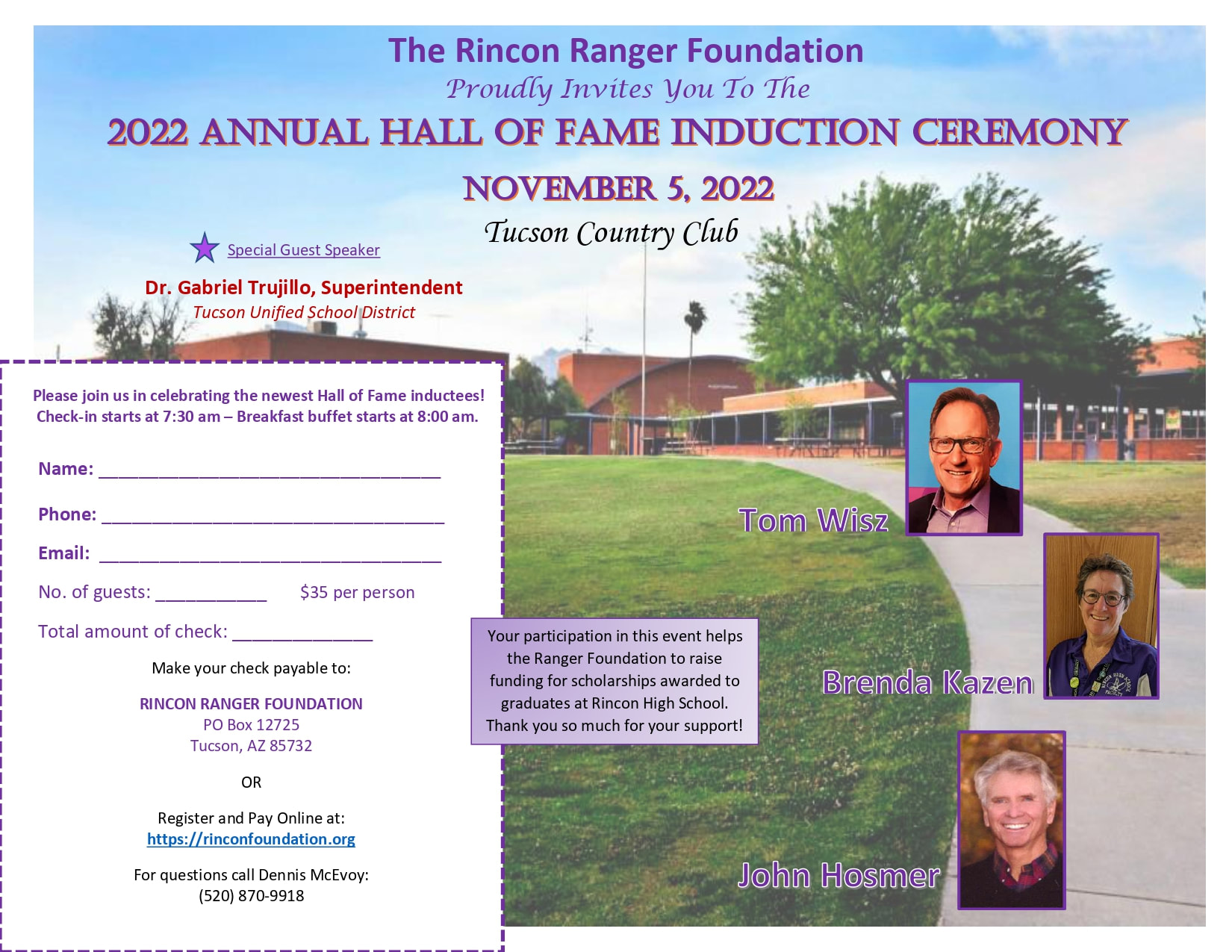